Winter Solstice, Yule or Midwinter is the celebration of the rebirth of the sun after the longest night of the year.  It is one of the eight solar festivals comprising the Wheel of the Year. The sun symbolises the God born anew.  Plants that remain everygreen such as fir trees, holly and mistletoe are used as decorations.

The Goddess at Winter Solstice wears a crown of holly and mistletoe as she awaits the birth of her child. 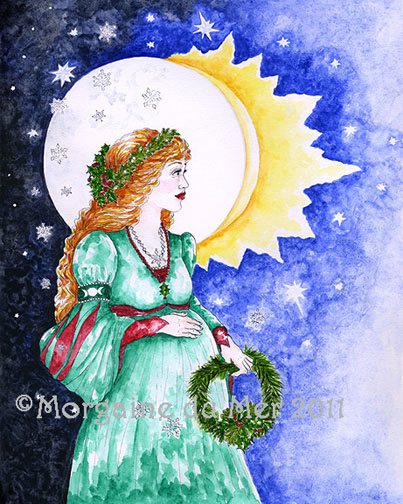 The Holly King is the aspect of the Green Man (Oak King) honoured at the Winter Solstice representing the waning year. He wears a crown of holly and is surrounded by mistletoe. 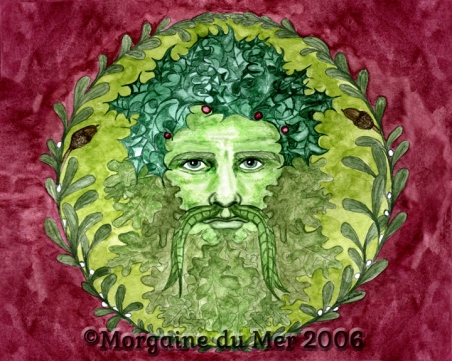