Eek!  A mouse!  The final chapter

I consulted with friends. The always-imaginative Sir Doubtpuppet came up with a rather creative solution. He suggested that I make a lady mouse decoy with blonde hair, lipstick, stilettos and mousecara-ed eyelashes to be placed next to a trap with a neon sign stating “Free Kisses for Handsome Mice Here”.

Another (more practical) friend said I must set conventional traps immediately or the mice would multiply in no time.  Visions of The Great Plague had me racing to the supermarket for mousetraps.  (I know the plague was caused by fleas on rats.  But the mere thought of rodent infestation had my imagination going wild!) 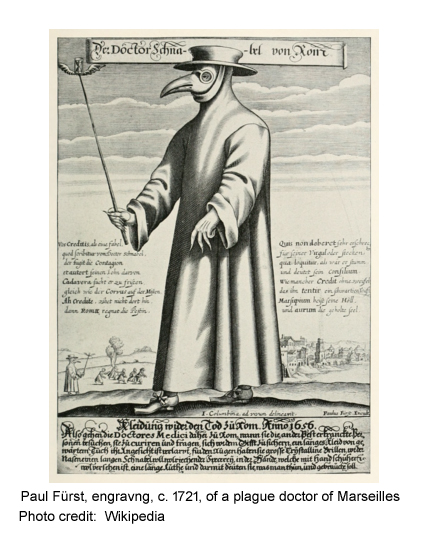 I preferred to use a catch and release trap.  But now that the mouse had become a gourmet-organic-tomato-eating connoisseur, it would be back.  So I was forced into buying the capture trap or be overrun.  I had experienced a serious six-week mouse invasion in the city due to the landlord’s mistake and it wasn’t pretty.

I baited the trap with Swiss cheese.  And nothing happened the first night.  What? Aldi’s Swiss cheese wasn’t gourmet enough?!

The next night as I’m watching TV,  I see something moving on the rug.  A mouse!  Then another one!  Cue the Benny Hill theme song!

The mice are running all over the parlour as I shout at them to leave and try to chase them into the kitchen to the trap. Then they begin chasing me around the house!

One hid momentarily in the shadow between the piano and the TV armoire; its eyes closed.  (“Ha! She can’t see me!”, it thought.)  (“So cute!”, I thought.)  I put more peppermint cottons around hoping they would go back outside.  This “Eek, a mouse!”/“Oh, they are so cute!” circus went on for 2 hours before I finally gave up and went to bed.

The next morning when I went into the kitchen nothing appeared disturbed but I noticed the trap indicated “mouse caught”.  I felt terrible and shed tears for the poor little thing.  Henri, Porthos and I said a few solemn  words before relegating the trap to the bin.  I truly hoped that the other mouse took the hint and left. I felt such remorse that one had gone to its demise.  But obviously I can’t have mice running amok through the house!

Later that day I go into the kitchen and there sits the other mouse in the middle of the floor!  Not the least bit afraid of me or Porthos. It runs all over the kitchen, under the oven, then into the front room.  Hides by the radiator and then it starts coming towards me at full speed!  Cue the Benny Hill theme song again!  I’m stamping my feet trying to scare it into leaving as I open the front door.  No, it does not go out. It disappears.

Only to reappear 10 minutes later when I’m sitting at the computer.  It runs over my foot!  And then under the computer armoire.  What’s really perplexing is that the mouse has no fear of careening through the house during the day!

So I dash into the kitchen to get the other trap and place it behind the armoire where I see the mouse is hiding.  Now one would think it would want the cheese.  No, it climbs over the trap!  And runs towards the kitchen with me in hot pursuit.  It disappears and then 5 minutes later it runs over my foot again as I’m sitting at the computer. Then it disappears under the fridge.  By this time I am completely distraught and leave the baited trap near the oven hoping that the mouse will vacate the premises of its own accord.

As it happens, the lure of cheese (albeit inexpensive cheese) was finally too great.  A few days later the mouse had its last supper.  Henri, Porthos and I bade it farewell. 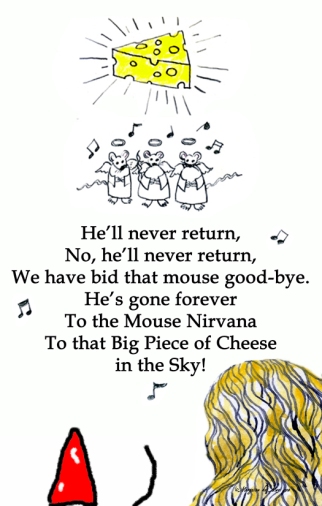 Just to be clear, I’m still feeling a lot of remorse about the mice.  I hope this never happens again.

See The Gnome and I for more stories about Henri.  🙂